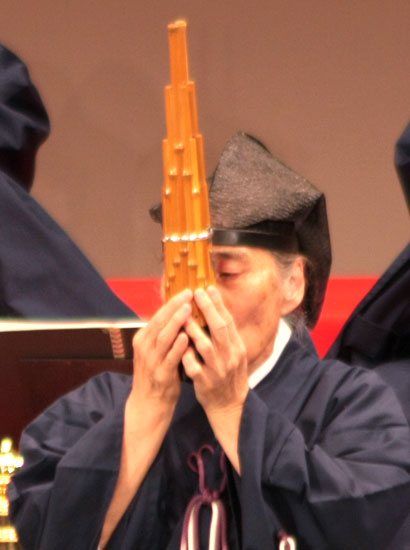 Free-reed instrument consisting of 17 bamboo pipes inserted in a vessel called a hô. Within the base of the pipe is a reed. When the player blows into the mouthpiece of the hô, the reed vibrates. Today, 15 of the 17pipes have reeds. On the side of each pipe is a hole. When this hole is stopped, the pipe will sound. The shô should bi warmed before and after each performance in order to remove the mouisture inside the hô and enable the reeds to vibrate. Although the shô may be played one pipe at a time, usually a harmony of five or six notes (aitake) is produced. 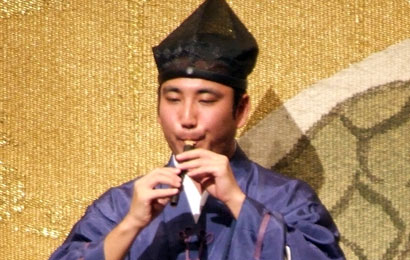 Double reed, vertical flute. Made of bamboo, about 18 cm long, this flute has seven finger holes on the front and two on the back. A reed is inseted into the pipe to play. The reed is about 6 cm long and made of pressed river reed. 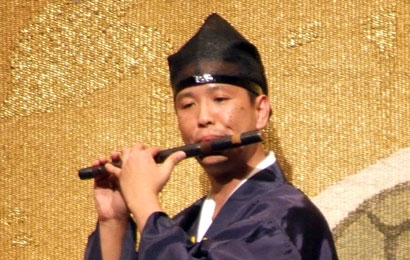 Three types of tranverse flute are used in gagaku. Apart from the differences in length, thickness and number of finger holes, their structure and purpose are the same. By adjusting the strength of exhalation, the same finger hole can sound a note one octave higher or lower. 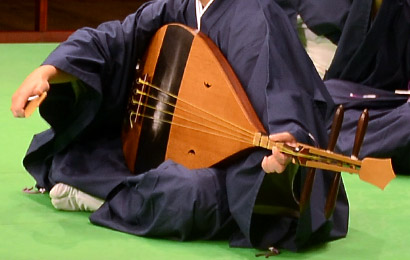 Lute with four silk strings and four frets at equal intervals. The finger on the left hand are held in position and the strings are plucked, in arpeggio fashion, with a wooden plectrum (bachi) held in the right hand. The strings are turned according to the tonality. 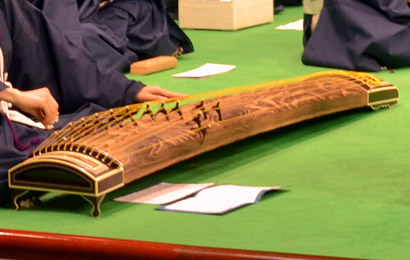 Zither with 13 silk strings. The strings are plucked with three picks worn on th thumb and two fingers of the right hand. The picks are made of bamboo and wrapped in paper. 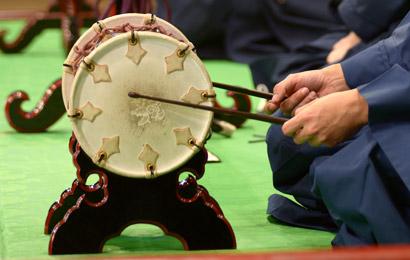 A barrel drum with skin heads, about 25 cm large, strtched tightly on both ends The kakko s placed on a wooden sticks held in each hand. In gagaku, the tempo is at first slow, then increases gradually. Thie tempo is determined the kakko player.

Drum with a skin head about 60 cm in diameter. The taiko is suspended from frame which is adorned with a flame design and beaten with sticks held in both hands. The sticks are made of wood and wrapped in leather. In bugaku, a larger drum about 4 meters high is used. It's called Dadaiko. 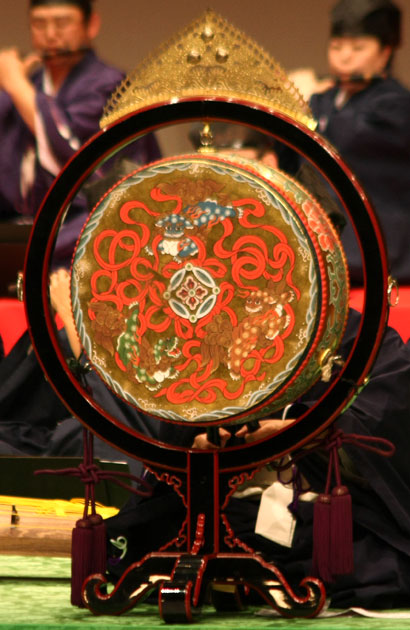 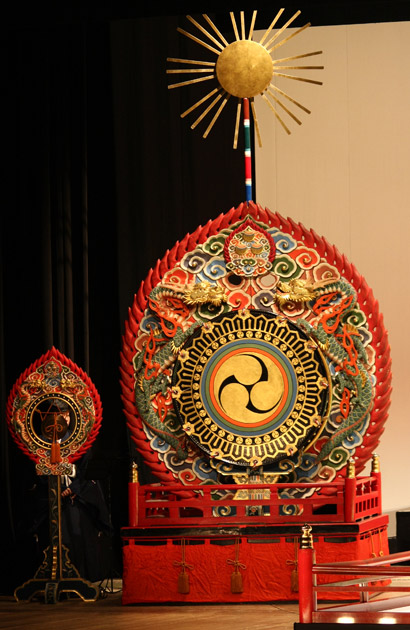 Dish-shaped bronze gong. The shôko is struck on the inside rim with 2 wooden sticks held in both hands. We use Oosyôko in bugaku. 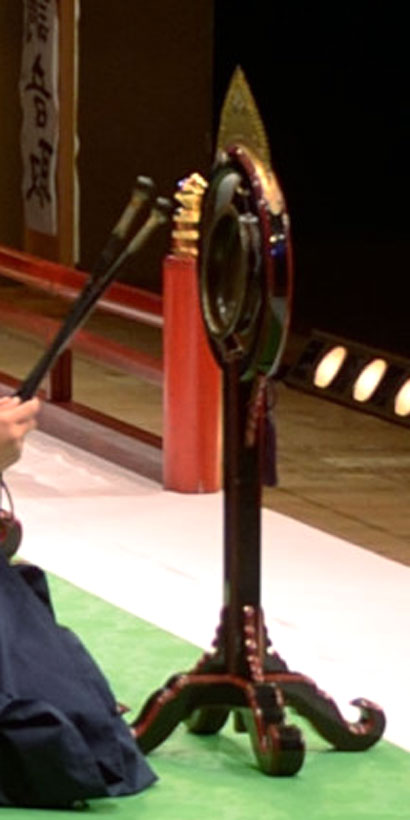 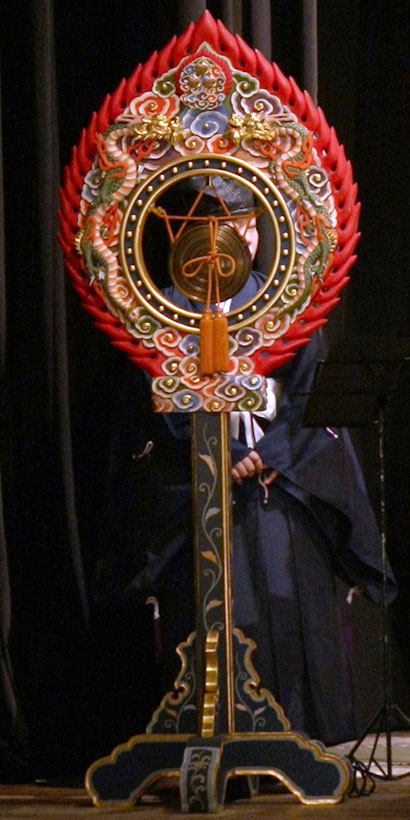